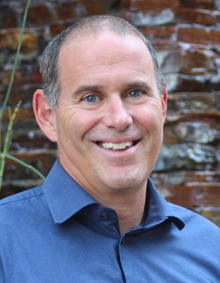 An invaluable member of Ascent’s Environmental Practice, Pat Angell joined the firm in 2016 as a Senior Director based in the Sacramento office. He has more than 28 years of statewide environmental and land use experience. He has overseen and continues to supervise the preparation of environmental documents for a wide range of project types throughout the state: land use regulations, mining reclamation plans, water and wastewater facilities, energy facilities, mixed-use urban developments, and specific, master, and general plans, among others.

Not one to shy away from controversy, Pat steers clients through the complexities of CEQA to achieve environmental document certification and project approval, including for hotly contentious projects. The Humboldt County Cannabis Ordinance EIR and the 1 Advanced Micro Devices Place Redevelopment Project EIR in Sunnyvale are two recent examples of these types of projects. Pat has earned the accolades and appreciation of multiple repeat clients, including the City of Elk Grove, the County of El Dorado, and the City of Sunnyvale, because of his dedication to their projects.

Pat currently serves as the Superior California Chapter Director and CEQA Portal Chair for the California Association of Environmental Professionals (AEP). As one of Ascent’s CEQA experts, he instructs professional seminars and classes on the practice of CEQA, including the annual AEP Advance CEQA Workshops. He has also established environmental review divisions for cities and facilitated large-scale private and public projects as an extension of staff to cities and counties.

When not directing preparation of environmental documents or mentoring staff in Ascent’s Sacramento and Oakland offices, Pat competes as a triathlete in local and regional events. His dedication to the sport precludes his enjoyment of carbohydrates, with the possible, occasional exception of a good craft brew. In his rare downtime, he can be found cheering on his son’s volleyball team. And let’s not forget Pat’s support for his daughter in her third year at UC Davis. Pat and his wife, Tina, also a busy professional, align their in-demand schedules to be sure to have good times together.